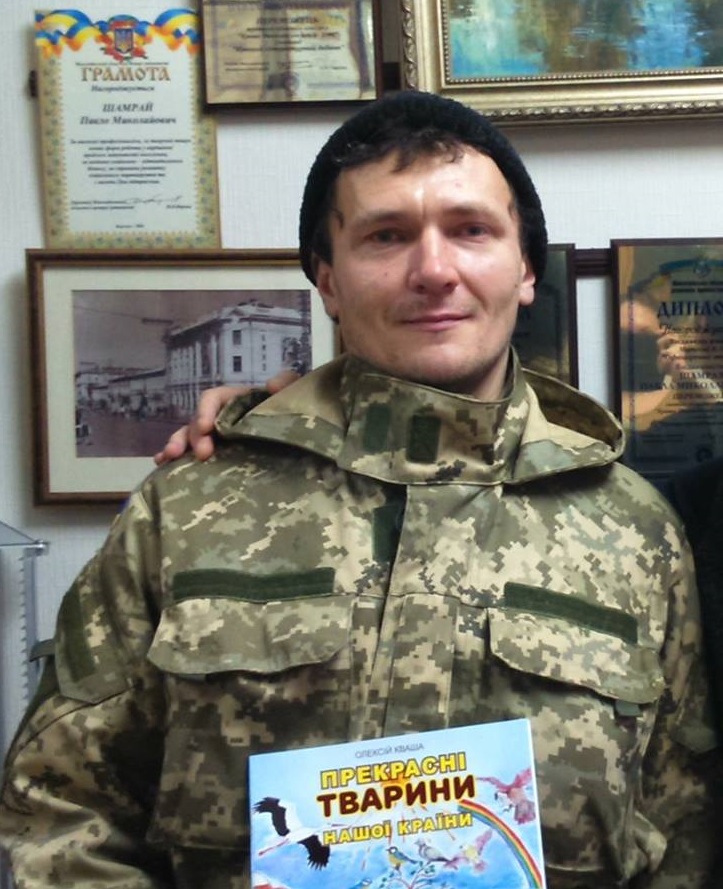 He was born on 30 September, 1977 in the city Mykolayiv. In 1995 he graduated the secondary school of the city of Mykolayiv, in 2001 - the Faculty of Agronomy of the Mykolaiv State Agrarian Academy (now - Mykolaiv National Agrarian University).

He worked on the field works, the construction sites, the brick factory, the bakery No. 1.

He was the poet, the author of the children‘s book of poems "The Beautiful Animals of Our Country" (2014). He was engaged in the patriotic upbringing of children.

During 2014-2015 he served at the checkpoints in the Kherson region on the administrative border with the occupied Russian troops of the Autonomous Republic of Crimea.

Since 2015, he participated in the anti-terrorist operation in eastern Ukraine.

On 7 July, 2015, the soldier Kvasha died during a mortar attack near the town of Luganske, Artemivsk (now - Bakhmut) district, Donetsk region, when he took out a wounded comrade from the fire.

On 12 July, 2015, he was buried in the cemetery of the village Pisky, Novodeisk district, Mykolaiv region.

The mother and the sister are left.