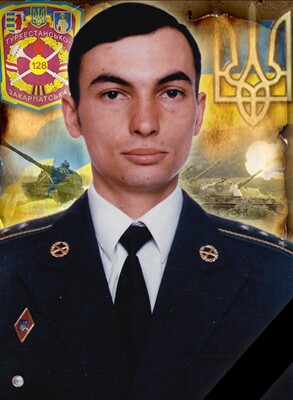 From 20 November 2004 to 27 July 2005 he was the assistant chief of department of personnel and mobilization of staff, from 27 July 2005 to 20 December 2012 - Deputy Chief of Staff for mobilization of the 21st Separate Guards Mechanized Rechytsky Orders of the Red Banner, Suvorov and Bogdan Khmelnitsky battalion 128 th separate Guards mechanized Turkestans‘ko Transcarpathian double-teams the Red army of the Armed Forces of Ukraine (military unit A1673, Mukachevo Transcarpathian region).

On December 20, 2012 to April 11, 2013 he was the commander of platoon, the senior officer on the mortar battery mechanized battalion, 11 April 2013 - commander of antitank artillery battery of 128-th separate Guards mountain infantry Transcarpathian Brigade Army of the Armed Forces of Ukraine (military unit A1556, the city of Mukachevo Transcarpathian region).

On 1 September 2014 he took part in anti-terrorist operation in eastern Ukraine.

On 25 January, 2015 captain Zhuk was killed during the assault operations when the car in which he was, was hit by a bomb near the village Novohryhorivka, Artemivsk district(2016 - Bakhmut) Donetsk region near Debaltsevo, Donetsk region.

On 29 January 2015 he was buried in the cemetery of the village Lypnyky, Luhyny district, Zhytomyr region.

In March 2015 in the village Lypnyky, Luhyny area in front of the building of secondary school (street name Zhuk Mykola, 10A), where Zhuk Mykola studied , the memorial plaque was established.

On 26 March, 2015 by the decision of the City Council of Mukachevo captain of the military unit A1556 Zhuk Mykola was awarded the title "Honorary Citizen of Mukachevo" (posthumously).

On 27 July, 2015 by the order №549 of the Minister of Defense of Ukraine he was assigned the another rank - Major (posthumously).

During the session, the Lypnyky village council, Luhyny District, decided to rename theKarl Marx street to the Zhuk Mykola Street .